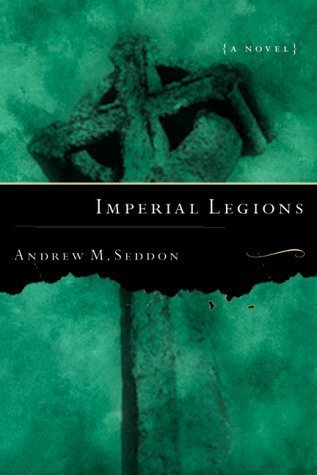 Sergius Lysius is a young military tribune stationed with the legions of Governor Suetonius Paulinus in the province of Britannia, and a recent convert to the new faith of Christianity. Soon after arriving in Britannia, Sergius meets a young Celtic woman, Ailidh (from whom he buys his trusted dog, Cara), and is intrigued to learn that she is also a Christian. To his surprise, he learns that the Apostle Paul is on a mission to Britain. After Sergius rescues Ailidh from the clutches of Decianus Catus, the rapacious Roman procurator, their friendship is sealed.

But times are tough for romance. Tensions between the Britons and their Roman overlords are strained. Catus levies high taxes. A mysterious Druid named Lovernios plots with Queen Boudica of the Iceni tribe to overthrow the Romans.

Suetonius takes his legions to the Isle of Anglesey in Wales to crush the Druids, whom the Romans consider to be fomenters of dissent. Meanwhile, Boudica’s husband, King Prasutagus, dies, and Catus seizes the opportunity on behalf of the Emperor Nero to annex their lands. Boudica is beaten and her daughters raped. In fury, she raises a massive army, all but annihilates the Roman 9th Legion, and destroys the towns of Londinium, Camulodunum, and Verulamium. Suddenly, Britannia is on the verge of being lost to the Romans unless Suetonius and his out-numbered legions can find a way to win.

Sergius and Ailidh are torn between their love for each other and their loyalty to their respective peoples. Sergius is caught between the callings of his conscience and his duty to the Roman state. Both face conflict between their Christian faith and the pagan beliefs of the Celts and Romans. Can their love survive the crucible of a province in flames?

*
"When in Rome, do as the Romans do. When in the Britain of A.D. 60, don’t do as the Romans do unless you’ve got a few thousand legionaries covering your butt. This is just one of the insights that can be gleaned from Billings author Andrew Seddon’s remarkable work of historical fiction "Imperial Legions.

"...This book has it all. Dr Seddon brings the Boudiccan rebellion... to life with gusto.

"The list of characters includes a warrior queen, an earnest young officer, a bewitching ex-Druid, a decadent emperor, a druid Che Guevara, a loyal sidekick, and a devoted dog.

"Dr Seddon weaves historical detail into his fast-paced story with admirable dexterity... the reader frequently encounters the druid Lovernios... [who] gave himself as a sacrifice to enlist divine aid against the Romans. Emperor Nero, statesman Seneca, young Agricola, and the Queen Boudicca also come to life in "Legions.

"Painted as despicable, tax collector Catus is Seddon’s villain. His brutal treatment of Boudicca and her daughters incites a rebellion that takes the lives of thousands of Romans and Celts. There is no ambivalence in Catus. He is bad to the bone.

"On the other hand, our story’s hero, the young tribune Sergius, is a study in ambivalence. Serguis has recently converted to Christianity and has encountered a young Celtic noblewoman, Ailidh, who has aslo chosen "the Way." The Apostle Paul counsels the young couple as they struggle with the cultural and political boundaries that divide them.

"There is something in Dr Seddon’s book for everyone. History and military geeks will love the attention to detail. The spiritually inclined will enjoy the depiction of early Christians set against a backdrop of animal and human sacrifice.

"Readers who love a tale of adventure won’t be disappointed either.

"... More than just a historically accurate story of adventure, "Imperial Legions" is also a morality tale. Sergius does not falter in his duty to Ailidh, Rome, or his new faith. He follows his conscience when mere custom and authority are found wanting. In a troubled and fragmented world, we may want to follow his example."

--Review by Jim Larson, The Billings Outpost,
July 12, 2000
*
"Imperial Legions is a fascinating read for those interested in historical novels, especially those dealing with the 1st Century (A.D.) world of the Roman Empire, Celtic culture, and the expansion of the early Christian Church into the British Isles. Dr Seddon has exhaustively researched the details of his novel and has integrated them with a cast of characters--some historical, some legendary, and others purely a product of his vivid imagination--producing an exciting storyline that holds the reader’s interest throughout. I found the listing of characters at the beginning of the book helpful in quickly referencing them as they were introduced in the story. The glossary and notes at the end of the book were also of interest, allowing for a detailed understanding of the material presented without interfering with the story as it unfolded. I liked the book for its depiction of two cultures in conflict--Roman and Celtic--and how the Christian faith of primary characters in both cultures presented challenges that required hard decisions regarding their own cultural norms (especially in the area of the Celtic and Roman pagan religions), versus their faith in a new religion in its infancy, which provided a common ground transcending their individual cultures. I also appreciated the fact that the book presents the military aspects of the life of the Roman legions in Britain at the time in unflinching detail, not only the battle activities of the various forces involved, which are exciting as any war novel, but also the more mundane preparations of supply, training and maneuver which make for success on the battlefield for any military campaign ancient or modern. Imperial Legions brings to life an era almost lost in the mists of two millennia of past history. It is a great story with all the elements of romance, action, and historical detail necessary for a most enjoyable reading experience."

--Review by Col. Edwin C. Speare, US Army (retired).
*
Imperial Legions represented a departure for me. I have always been interested in history, particularly in the people of the past, and the ways in which they are similar and dissimilar to us. The Romans and their society, I feel, are particularly similar to us and ours in many ways.
Being English, I wanted to write something that took place on home soil. When I realized that the chronology of St. Paul’s life gave me a window in which to put him in Britain during the Boudican Rebellion, the story was underway. The Life and Death of A Druid Prince by Ann Ross gave me the inspiration for Lovernios--she hypothesized that the remains of a man dredged from a British bog were those of a Druid prince sacrificed in the wake of Boudica’s revolt. Sergius and Ailidh came next. I loved the opportunity to examine first-hand all the locations in Britain where the Boudican Rebellion occurred. I was thrilled to stand where my characters--at least the historical ones--had stood.

The theme of Imperial Legions is that of sacrifice--the things that people are willing to sacrifice themselves for or to: love, money, honor, military glory, pleasure, faith, duty, etc. The choice of what we are going to sacrifice our lives to or for comes to each one of us. Those choices haven’t changed since Roman times.